Thai Culture – Believe in karma and set the bird free

After releasing the small bird it flew swiftly up from its small hand made bamboo cage, straight into the blades of the full blast fan above me causing an instant explosion of blood and guts that rained down on me. There’s a belief, shared by many Thai Buddhists, that if you pay for a bird’s freedom it will bring you good karma, this was clearly not so for the poor creature on this particular evening. 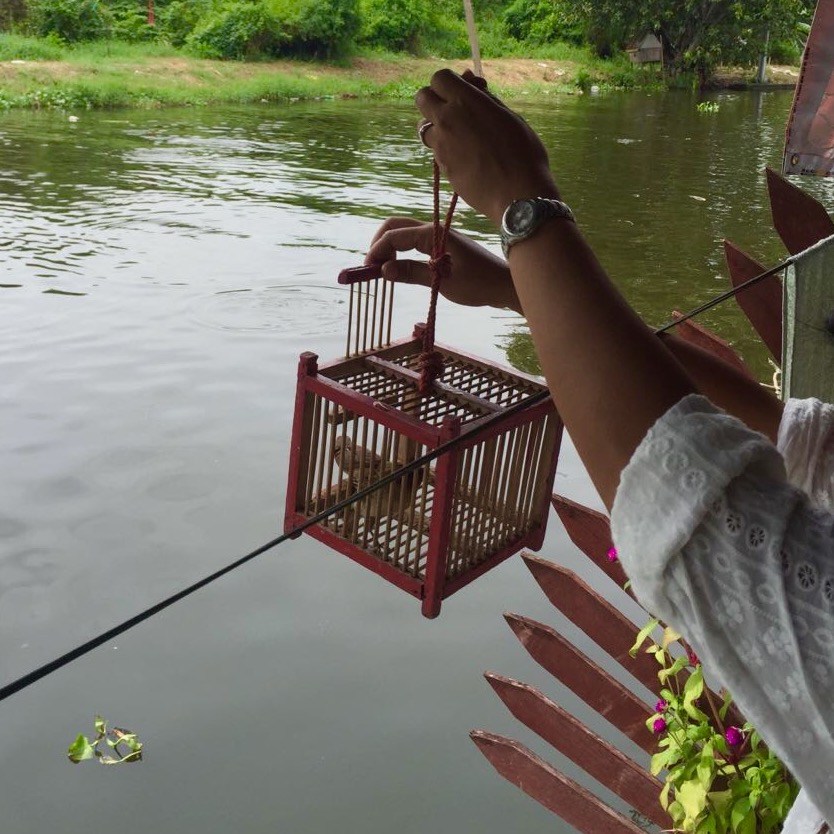 I was enjoying a pint of cold beer on a typical muggy evening in lower Sukhumvit observing the many Western tourists passing by. Anyway, the lady standing in front of me asked for a hundred baht for the privilege of opening the cage and allowing the bird to go free, and in return maybe I would get some much needed good luck, so I agreed. As soon as the bird hit the fan above we both naturally ducked and covered our heads with our hands. She gave me a look that chilled me a bit before she quickly scurried off with the empty birdcage; I hadn’t even had the chance to give her the hundred baht.

What normally happens is that after the bird flies away, taking your bad luck with it I guess, it takes a little tour around the area of its brief liberation before returning once again to its small cage, just to be offered yet again for divine and cosmic brownie points. 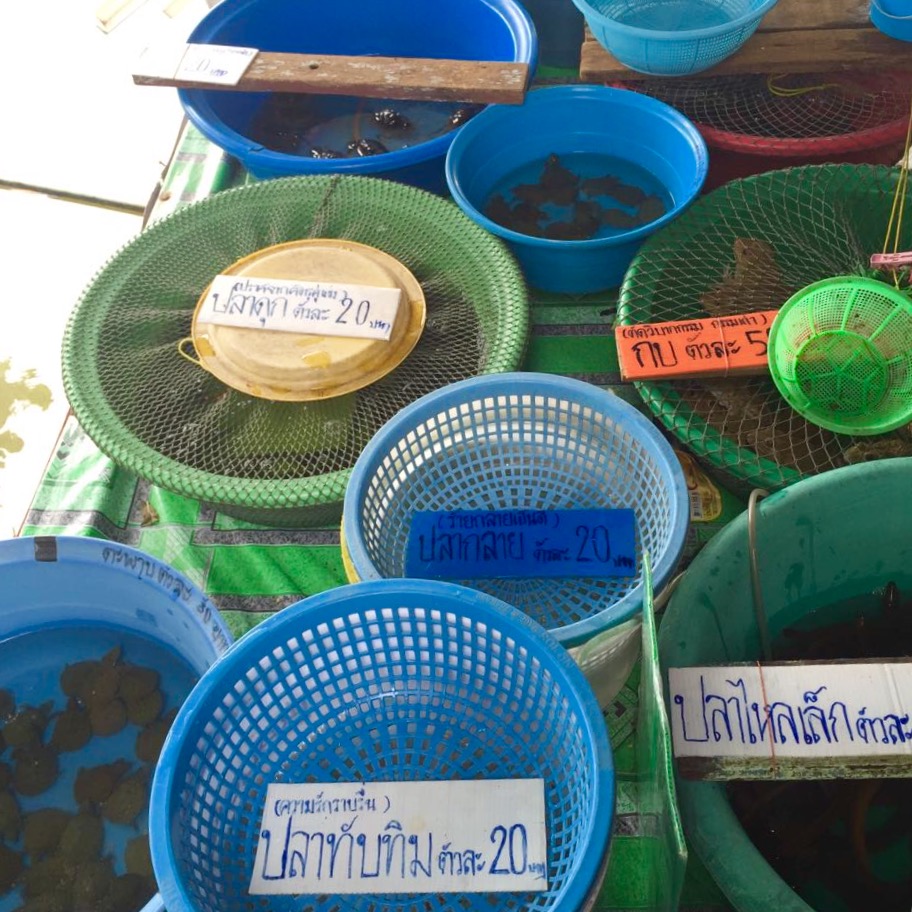 Captured fish and turtles waiting to be set free

This practice is also employed with fish and turtles in Bangkok, whereby they are purchased and released into the Chao Phraya River. I know I’ve done both, but I’m not sure why, to be honest, I’ve seen young Thai boys in the water who recapture whatever aquatic life you thought you’d just liberated, only to be returned to the captor for future use.

I have often wondered about the bird incident ever since. In a significantly superstitious society such as Thailand, did it spell impending doom for me, so-called bad karma? As far as I can see, the only one that came off badly from this incident was the bird itself, maybe it was suicide, or maybe I just shouldn’t think too much about it.