Discovering Bangkok – The influence of the early traders

The early traders from the east and west that settled in Bangkok have had an enormous influence on the city. With the threat of being colonized King Rama IV, in the mid 19th Century, was effectively forced to sign the Bowring Treaty that eventually lead to foreigners being allowed to trade freely in Bangkok. In return, Thailand was allowed to remain independent and to this day, the Thais are very proud of this fact.

“Today we start our journey of discovery with a boat trip along the Chao Phraya River passing by the old European trading quarter in the Bangrak district. We then continue by foot until we eventually ‘Enter the Dragon’, Bangkok’s famous Chinatown.”

Along the eastern bank of the Chao Phraya River in the Bangrak district, from Taksin Bridge running north towards the Chow Sue Kong Shrine, the existence of the early traders is still clearly evident.

Running parallel to the river is the 150-year-old Charoen Krung Road, one of the oldest roads in Bangkok, which was constructed at the request of the European early traders. The area between Charoen Krung Road and the Chao Phraya River is an amazing place to explore. With the integration of the diverse cultures, this area is now a famous food lover’s paradise, you can read more here: Discovering Bangkok – Flavours of past generations

Known as the old European trading quarter, this area of Bangkok remains one of the few places where you can still see some beautiful examples of colonial architecture from the mother countries. The embassies, churches, trading company headquarters and many Chinese style warehouses of the early traders can be seen along this stretch of river, which also happens to be one of the best places to view them from!

The Venetian style building of the early traders 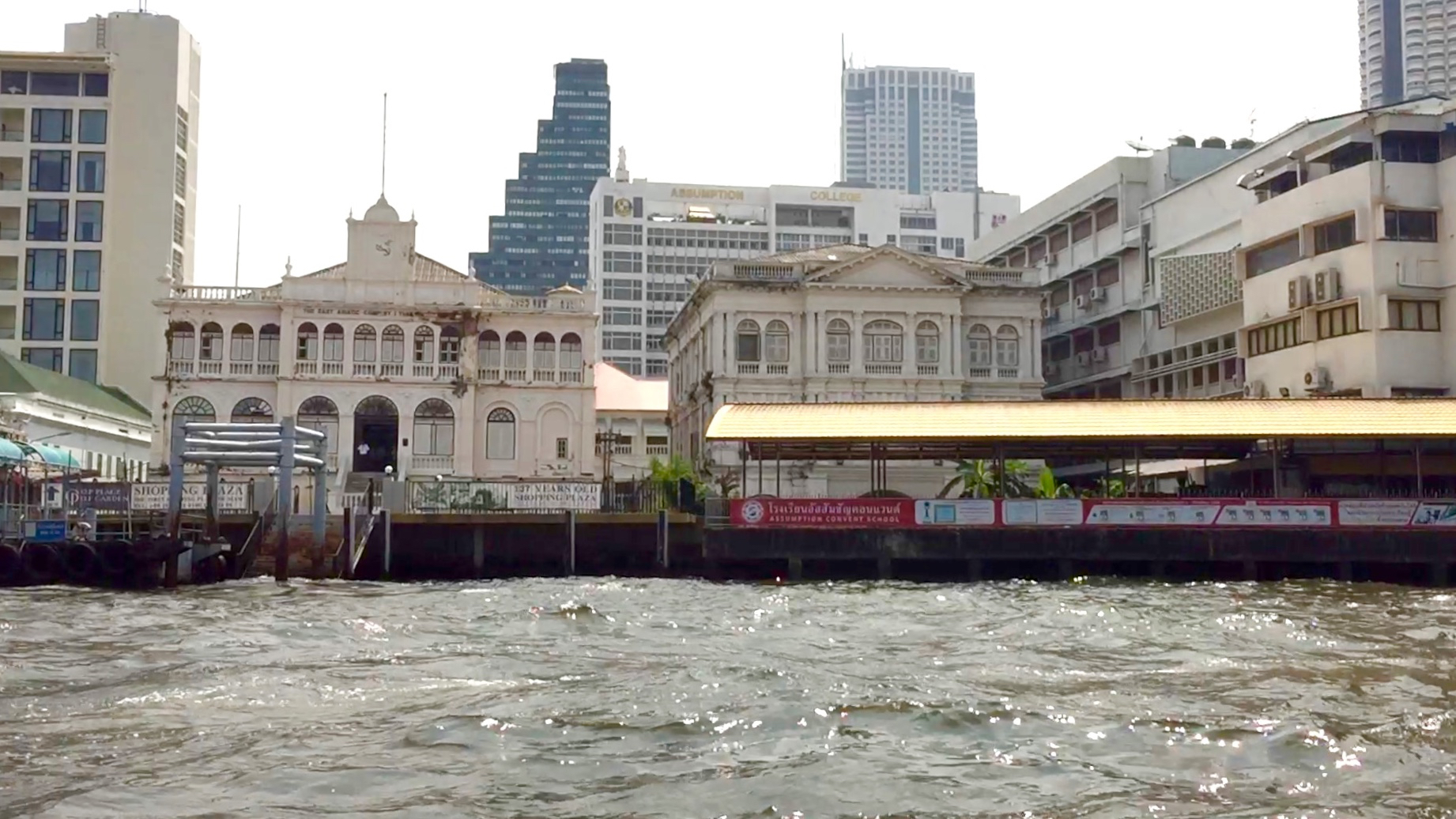 The East Asiatic Company can be traced back to 1884 and still remains one of the leading trading companies in the world. This building, built in 1901, was the company headquarters in Thailand that was primarily responsible for developing trade between Denmark and Thailand and the rest of East Asia. 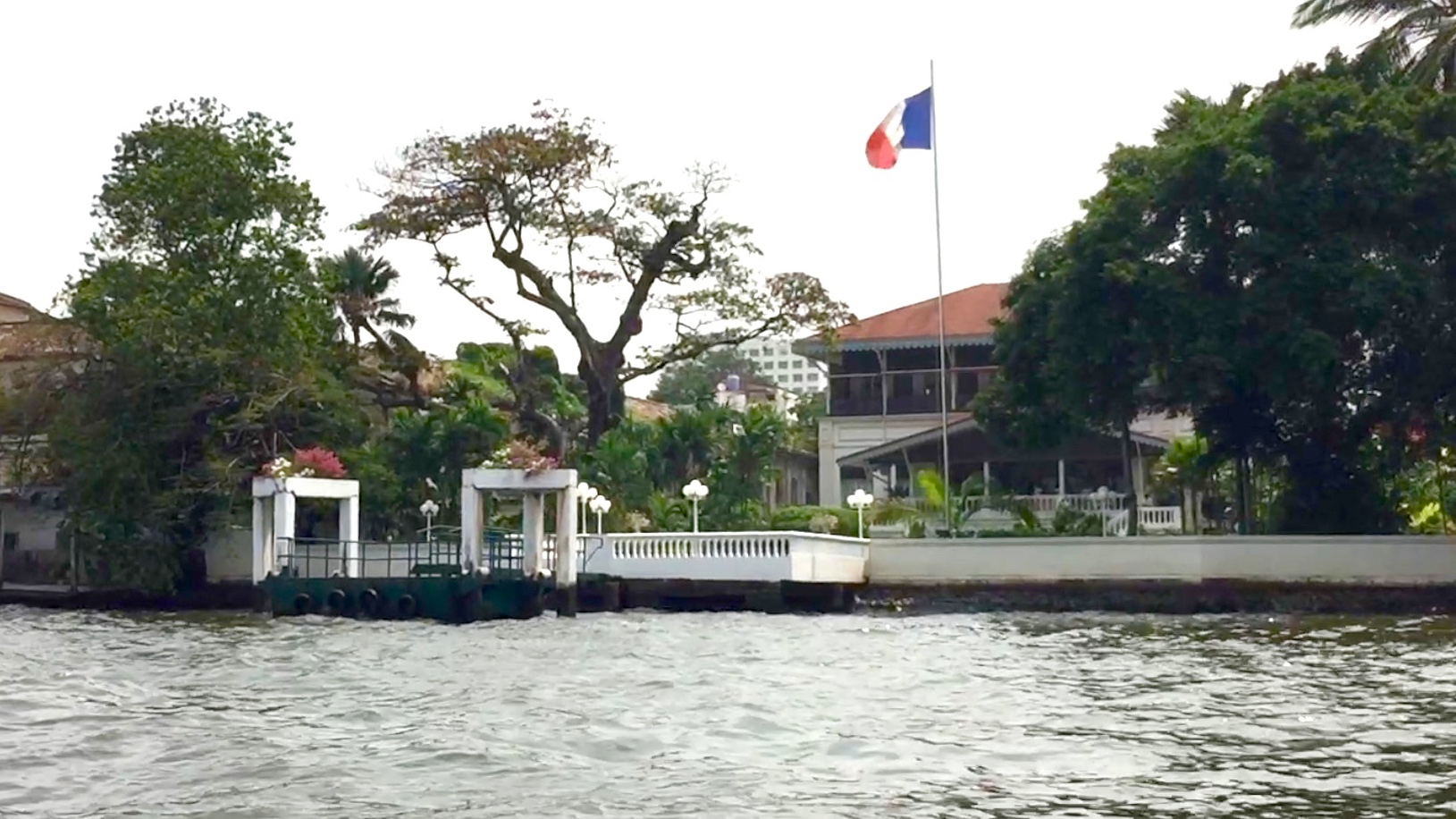 After the Portuguese Embassy, this is the second oldest Embassy in Bangkok dating back to the 1830’s. Following many alterations during the 20th Century, it has now been restored back to its original form.

This majestic building was once the gateway to Thailand 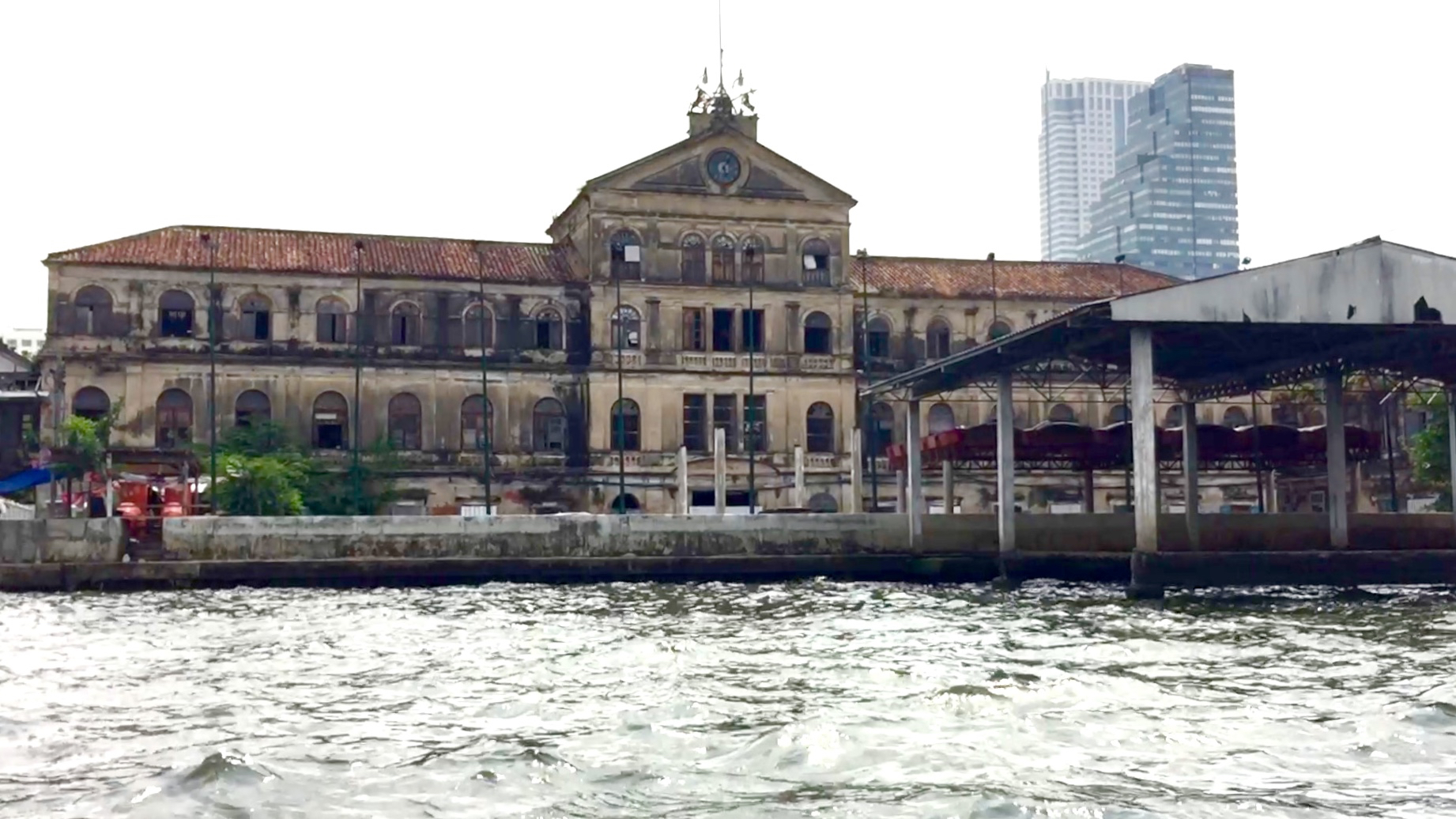 The Old Customs House, built in 1880, was once the gateway to Thailand. Ships passing through Bangkok would pay customs duties here, it is rumored that to avoid currency exchange rates a percentage of the commodities being imported would be taken as tax.

Although it is in a poor state of repair it was used, until very recently, as accommodation for the workers of the Bangkok fire department. It is due to be fully refurbished as a hotel that will hopefully return it to its original majestic splendor, standing proudly next to the many faceless modern five-star hotels along the riverside.

The oldest embassy building in Bangkok 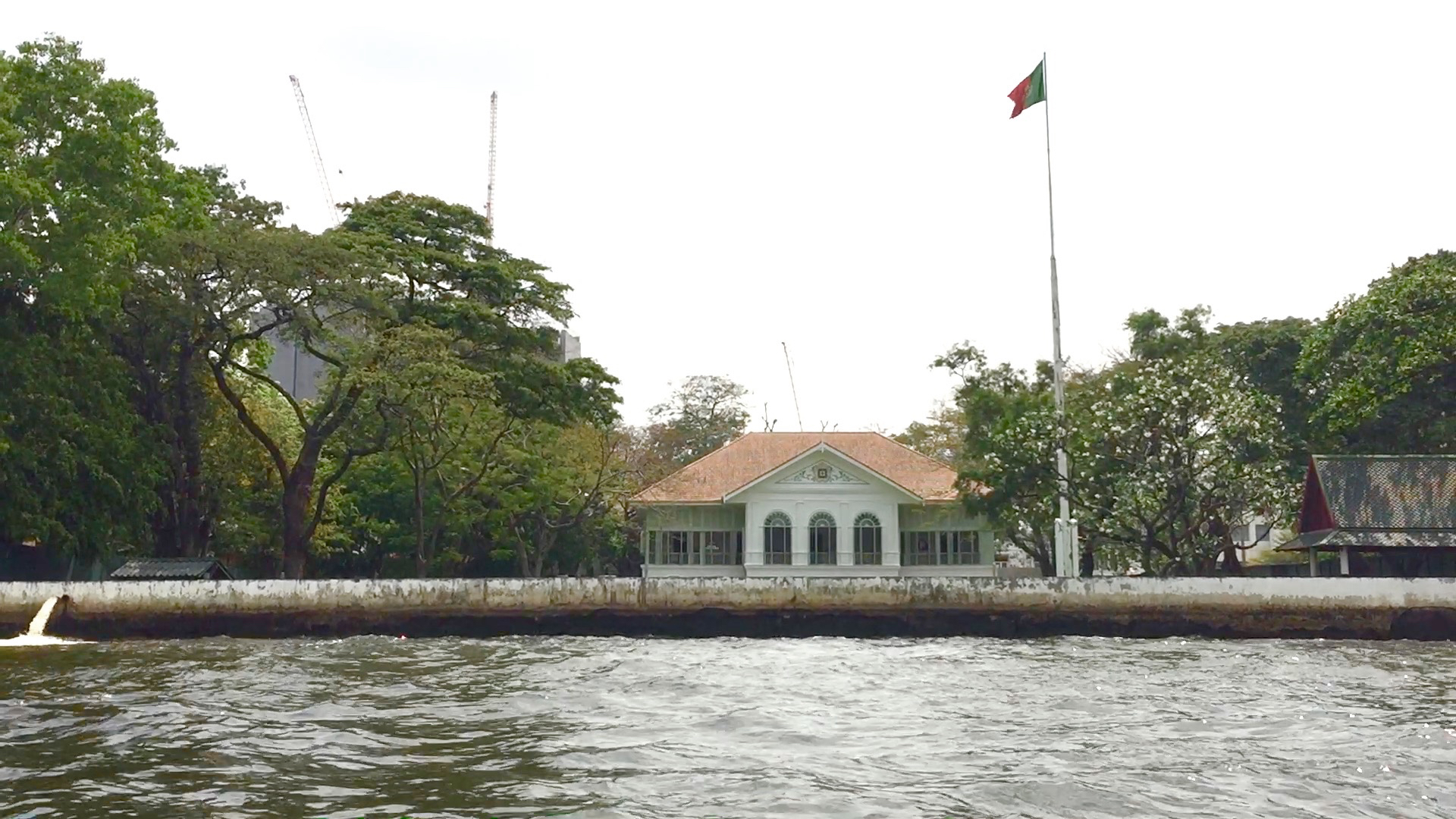 Since the early 18th Century this site was the official residence and office of the Portuguese diplomatic minister. Portuguese traders from Ayutthaya, the old capital of Thailand, were among the first Europeans to establish diplomatic ties with Thailand and they were granted land along the riverside.

One of the oldest churches in Bangkok 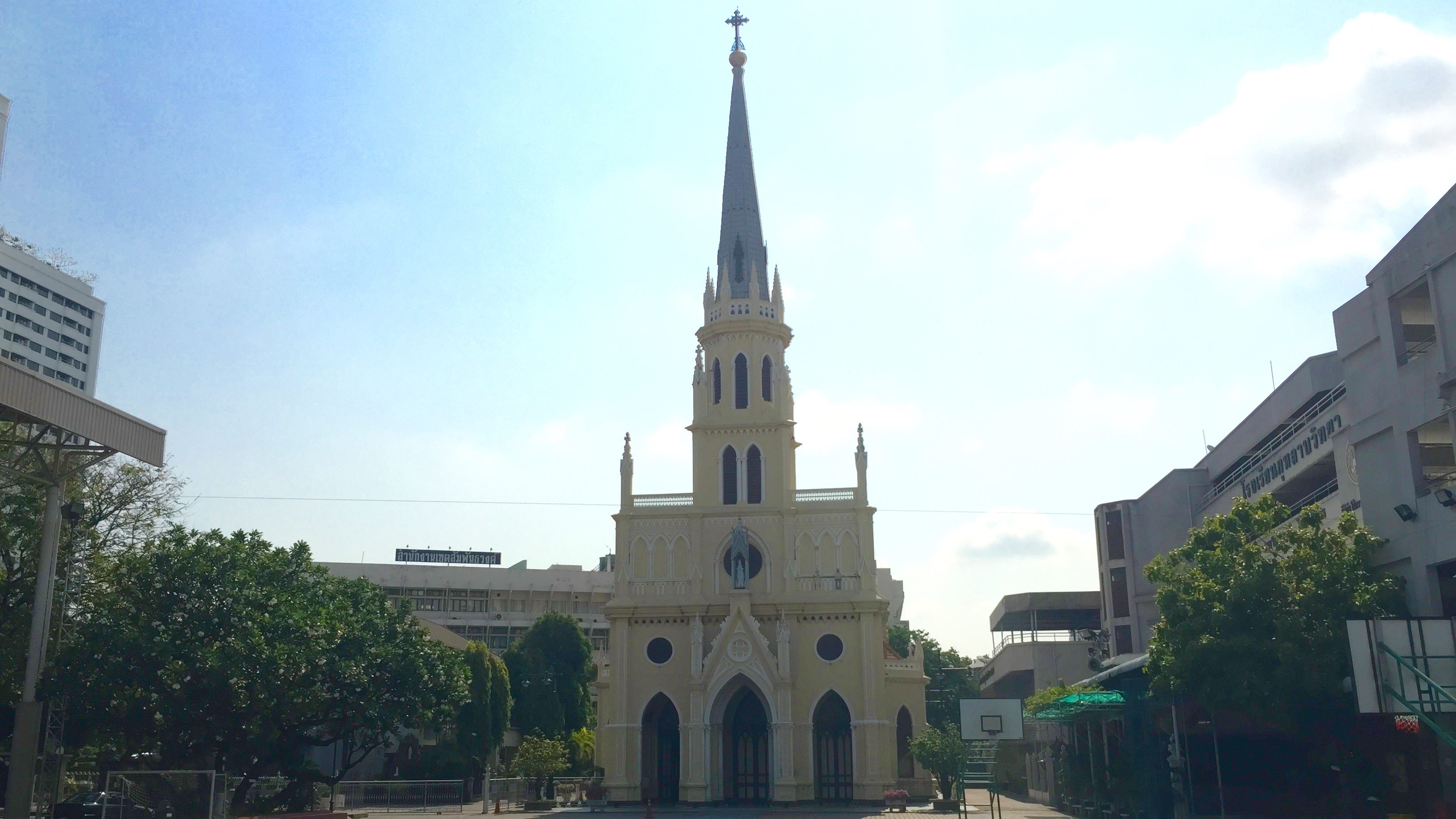 The original church that was built on this site by the Portuguese in 1787 was a simple timber building on stilts that quickly fell into disrepair. The Neo-Gothic style church that you see today, which local people call as Wat Kalawan, was built over a 6-year period and was completed in 1897.

The first bank of Thailand 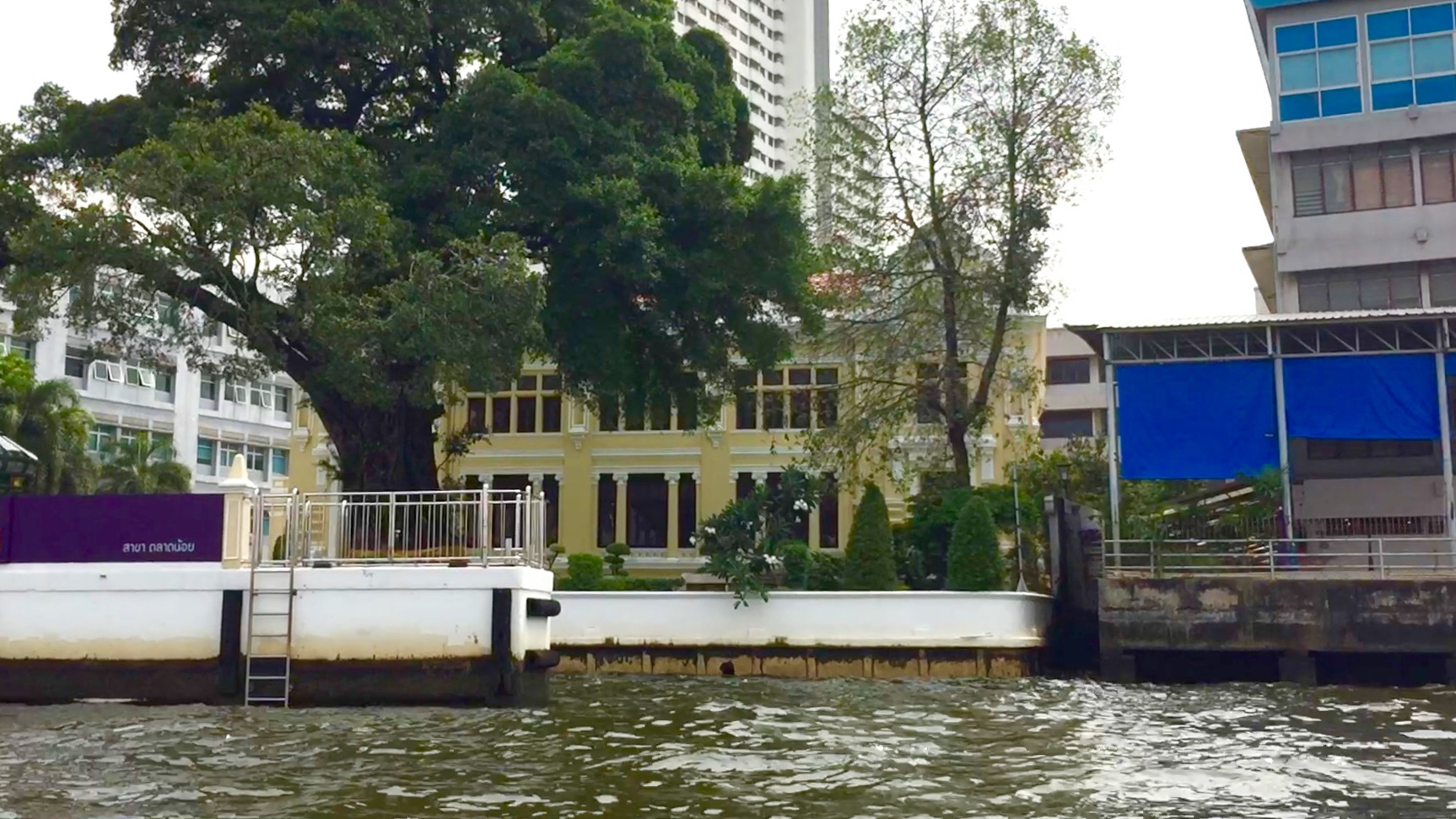 During the reign of King Rama IV and the signing of the Bowring Treaty in the mid 19th Century, foreign trade, and diplomatic ties grew rapidly. Up until the early 20th Century only foreign banks were operating in Thailand until the Siam Commercial Bank, which was built in 1904, became the first local commercial bank of Thailand.

During the early 19th Century many Chinese immigrants settled in Bangkok and the early European traders broadly estimated that half of Bangkok’s population were actually Chinese.

The Chinese have always been exceptional business people and their arrival in Bangkok has had an enormous impact on the economy of Thailand. Chinatown still remains the centre of trading for the Chinese community in Bangkok.

The heart of Bangkok’s Chinatown is Yaowarat Road but it actually covers a large area that stretches down to the Chao Phraya River. The best ways to explore the landmarks and warren of small lanes filled with shrines, old auto spare parts businesses, and residential buildings are by bicycle or walking.

The centre of the old Chinese community

The shrine is the centre of the 200-year-old Chinese community in this area, one of the oldest Chinese communities in Bangkok. It is dedicated to the deity Chow Sue Kong or Qingshui who was a Chinese monk who lived over 1,000 years ago. Many locals wishing for good health and protection visit this shrine believing in the deity’s power of healing.

The shrine is the main gathering point for the annual vegetarian festival, Tesagan Gin Je, and this is one of the best times to visit as you can see here: The Vegetarian Festival (Tesagan Gin Je) at the Chow Sue Kong Shrine

The gateway to Chinatown 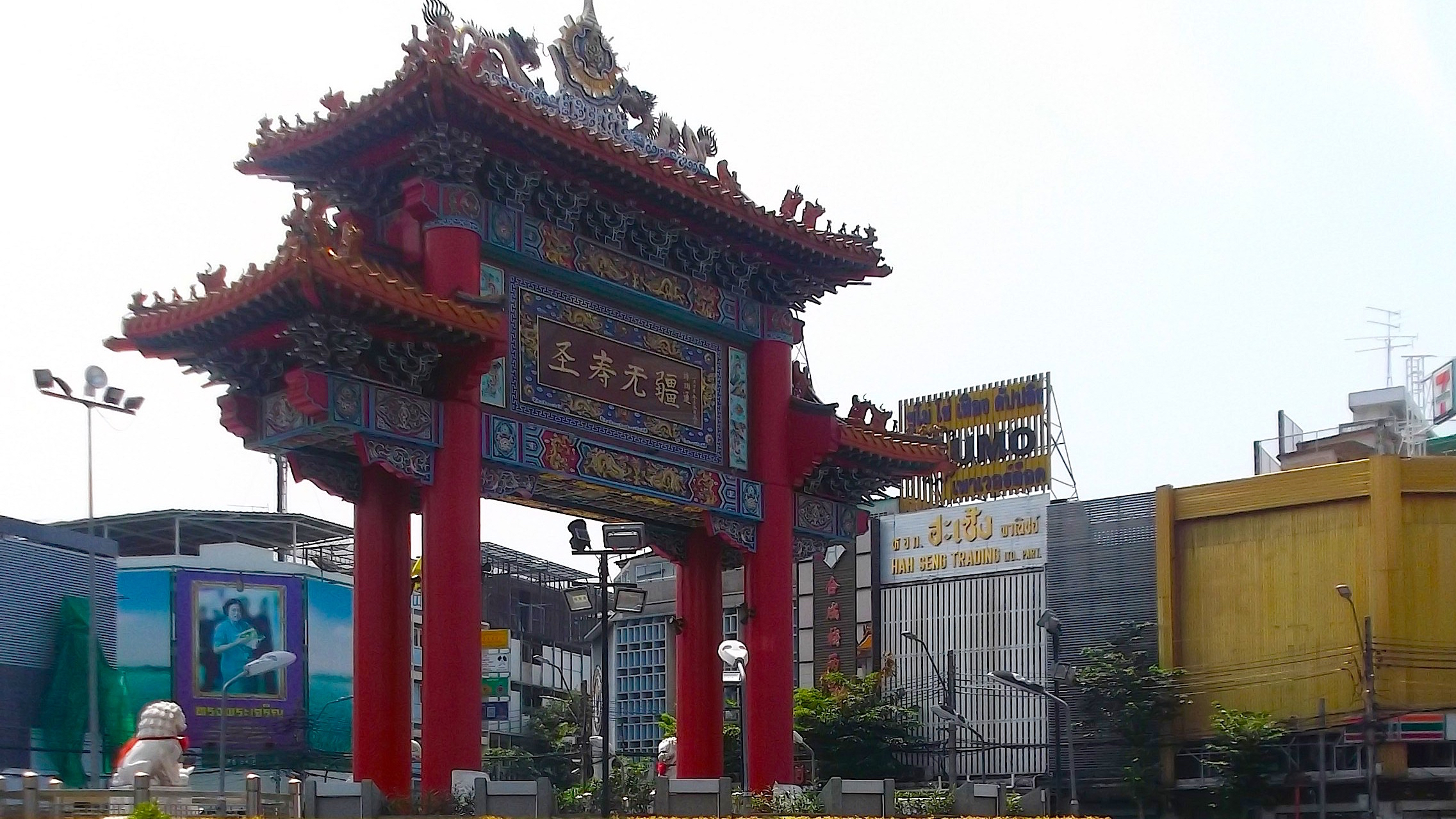 The Chinese-style gate, or archway, is located on the Odeon Circle at the beginning of Yaowarat Road, or Chinatown. Unveiled in 1999 it was actually built as a sign of loyalty to King Bhumibol to celebrate his birthday, consequently, it is also known as the King’s Birthday Celebration Arch.

The Chinese-Thais that built this gate refer to its location as the ‘dragons head’, so it’s appropriate that it marks the start of the vibrant Bangkok Chinatown where it is said you can find just about anything!

Shrine to the goddess of mercy 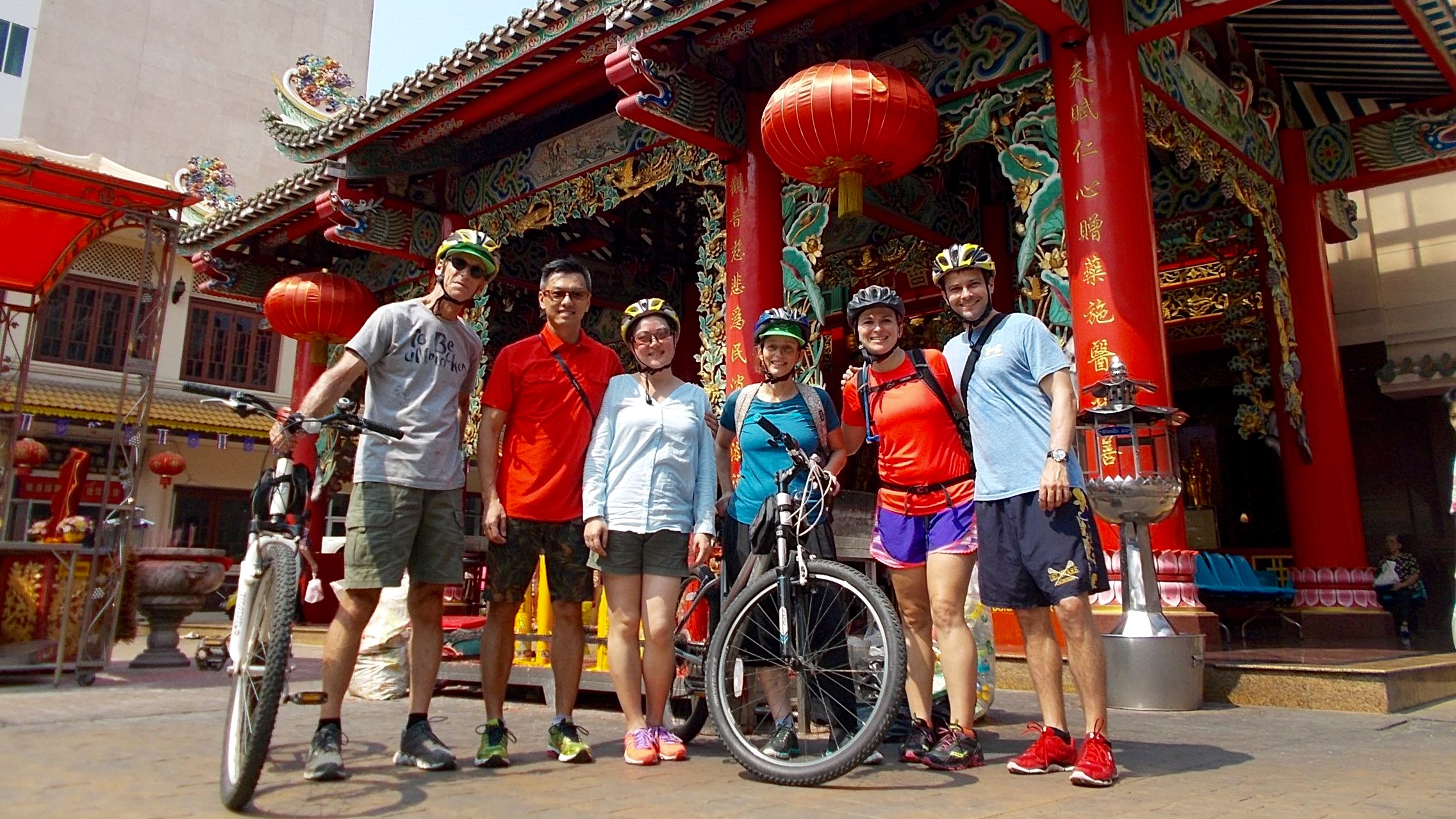 Dedicated to the goddess of mercy the Kuan Yin shrine is one of Chinatown’s most colourful sights filled with spiritual mystique and incense smoke. The shrine is associated with the Thien-Fah Foundation, the oldest charity organization in Bangkok that provides free hospital treatment for the poor and homeless.

If you are lucky, you may witness the hundreds of locals chanting Buddhist scriptures and making merit as you can see here: Today in Bangkok – At the Kuan Yin Shrine

The early traders and immigrants that settled in Bangkok not only opened the trade routes between Thailand and the rest of the world, but they also brought with them skills, techniques, knowledge and, probably most importantly their cultures, that have had an ever lasting impact on Bangkok.

If you would like to explore this route and learn about the influence that the early traders and immigrants have had on Bangkok, then please join us on one of our amazing Bangkok bicycle tours.